Each team’s best-looking car of the decade 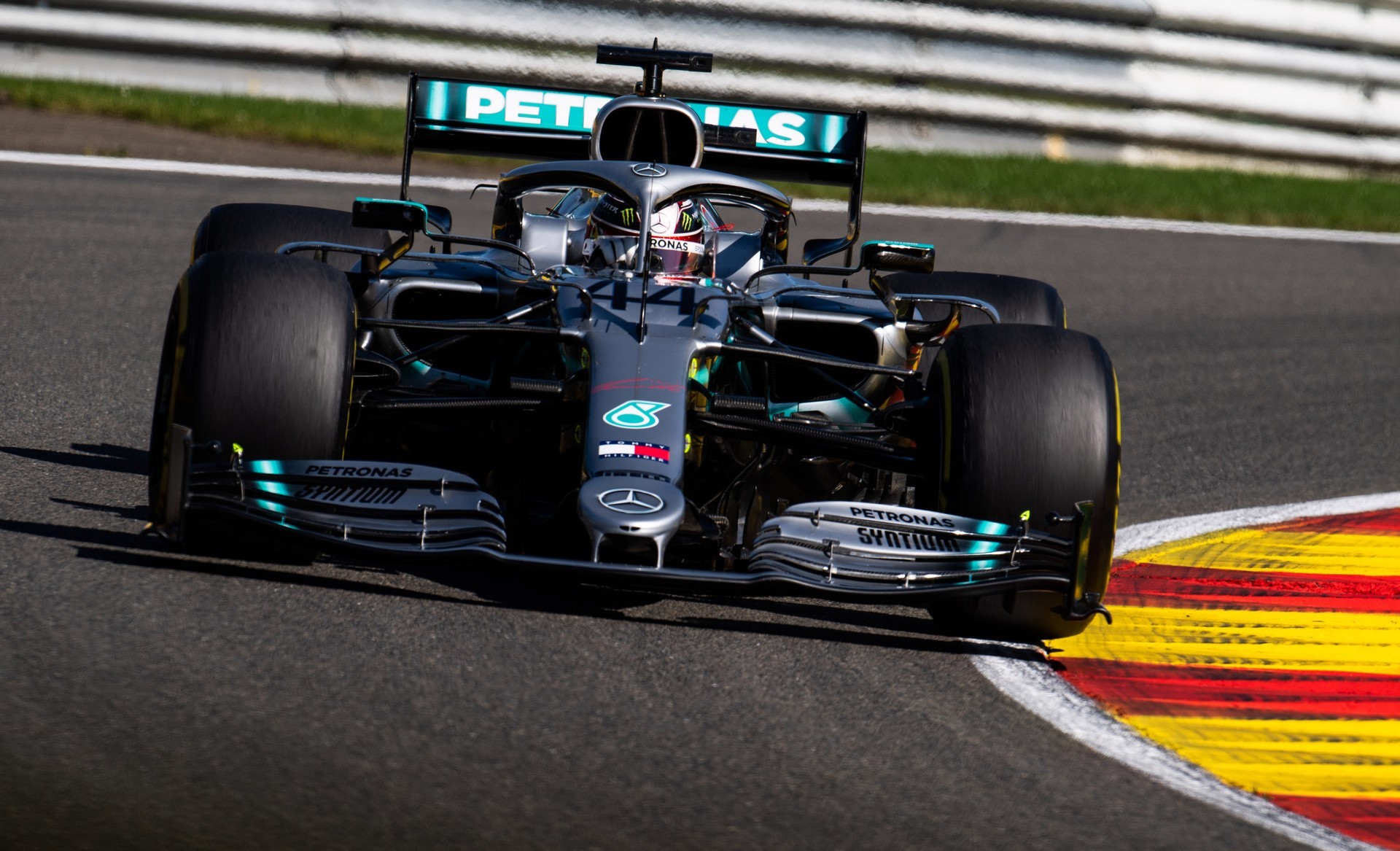 As we approach a new decade, automotonews.gr takes a look at the cars that stood out more for each team being on and left the grid between 2010 and 2019.

In total we saw three different world driver champions and two team champions dominating this decade, with Red Bull from 2010 to 2013 with Sebastian Vettel and Mercedes from 2014 to 2019 with Lewis Hamilton and Nico Rosberg. But on a grid the look of a car matters to the fans too and were really critical when they had to.

On this list we present you the best-looking car of each team produced this decade. We have to clarify also that teams that changed name like Renault to Lotus and then again Renault will count as one, because the factory that produces the car remains the same. Also the livery matters on the final decision giving additional points. Finally, we did include the “if it’s fast, then it looks beautiful”.

Let’s get into the action by starting with the World Champions and follow the 2019 standings as we continue the list. The concept that started in 2017 and evolved since brought us the stunning W10 in 2019. Winning 15 out of 21 races with Lewis Hamilton and Valtteri Bottas, the “Silver Arrow”dominated the season. With an updated livery with more silver, a narrow but elegant and beautiful nose, aggressive lines and unique bargeboards give the W10 the nomination of the best-looking Mercedes in the decade. After a disaster in 2009, Ferrari bounced back in 2010 with a brand new livery, a 2 time world champion and almost won the championship. The F10 was a well designed car with white front and rear wings, but the rest of the car was on the classic rosso corsa. The car took 5 wins and we with it’s elegant lines, curvy front nose and compact rear, won over it’s rival Ferrari cars and names the best-looking Ferrari car of the decade. Red Bull came into the 2013 season with the new RB9, featuring an updated livery and car design. The regulations allowed teams to cover the infamous nose-steps and created their best-looking car of the decade. A beautiful yellow nose with the nose that suits the rest of the design. On the side of the car we see a shade of purple, which combines beautifully with the dark blue and as we go to the back of the car, we can see how compact and well made it is. The RB9 took 13 wins with only Sebastian Vettel winning on that year, who then went on to win his 4th and last championship. The British team started as the favourites in 2012 but reliability problems and some upgrades that did not work initially cost Hamilton the chance to fight for the title. The MP4-27 was a stunning car with two versions of the front nose and managed to win 7 GPs in 2012. One of the few cars that did not feature the nose-step giving it extra points. But the both integrations of the front nose were great looking and as we go at the back we see on the side the lines and the way they chose to work with the exhaust system. The aero bits on the front nose made it look better from the onboard too, while the stunning chrome livery with the red, makes the 2012 car, the best-looking Woking has produced on this decade. We come now on a team that changed it’s name two times on this decade but we counted all of their cars. Black with gold lines brought back memories from the past, with Kimi Raikkonen winning at Australia. The E21 was an great upgrade from the 2012 car and with an updated livery, it looks even better. The second car from 2013 gives us a smooth nose-step and excellent lines and flow throughout it’s body. Aggressive front wing and a well designed rear wing gave the title of the most beautiful car, Enstone produced this decade. The Italian outfit had a difficult 2018 season, but won the hearts of many F1 fans with their beautiful car. The STR13 kept the light blue and red livery from 2017 to promote the parent company’s product they produced. Without featuring a big thumb on the nose making it a nit bearable, the car had excellent lines, especially on the side of the car towards the rear as it gets narrower and narrower. Another detail that gives the crucial winning points is the suspension that cuts just as it reaches the wheel, following the 2017 system. The first car from 2016 is the VJM09, featuring a unique front nose design with two whole on each side to ensure a better airflow towards the underside of the car. The team continued with the silver colours adding a great portion of black on the engine cover and well detailed orange lines that gave us one of the most beautiful cars of that year. The team got the 4th place in the constructors championship with two podium finishes from Sergio Peres, giving the best ever results to the team. Today the name of the team and the colours have changed, but the 2016 car takes the first place on the list. Sauber endured their worst season in 2017 with the slowest car on the field having to endure a year old Ferrari power unit, but one of the best looking ones. Featuring a blue car with white sidepods and gold lines that explode the senses with this panoramic shot giving the prize for the best-lookiing car. The design is smooth from the front to behind, with the shark-fin and T-Wing not taking points out. This decade we saw average and simple liveries from Sauber, especially in the early ‘10s and we must admit that the two years on with the Alfa colours, we haven’t seen anything spectacular. The American team came into Formula 1 in 2016 without impressing with their liveries unfortunately and with the 2018 tried to evolve from the 2016 one. The VF-18 is red and black at the front with a better synergy between the lines of the two colours. As we head at the back, the car turns white, with a black Shark-Fin and rear wing. The car looks aggressive when on track with the sidepods giving it the character it needs to take the first place on the list for the newest team on the grid. The car managed to clinch the 5th place in the constructors championship and if it wasn’t for the team mistakes, they would have been 4th. It would be fair to say that Williams had such an up and down decade with some great cars and some other ones that should have been thrown in the bin. But the best-looking is the one that gave Pastor Maldonado his debut in F1, the FW33 of 2011. The team returned to a darker blue colour with the white also feaured, with most at the back and suits really well on the chassis. The only car of 2011 featuring on the list, has unique curved front wing pillars, beautiful and smooth lines as we head at the back which ends immediately at the star of the suspension arm. Williams didn’t change much it’s liveries but with the Martini sponsor, we were disappointed to see the same plain and boring white livery from 2014 to 2018, with huge potential lost.

Because these weren’t the only teams that raced this decade, we take a look at the cars from the Colum 3 teams that entered in F1 in 2010, with the last one to end it’s journey in 2016. With only 5 seasons in F1, the team managed to change name one time and collapsed at the end of 2014. With zero points and many pay drivers, the team under the Caterham name produced it’s most beautiful car in 2012 with the CT03, featuring a bright green livery with a small appearance of yellow at the back and some glimpses of white in lines at the front. The team that changed name twice and did everything to survive, build it’s best-looking car in 2016 which was the team’s most successful season taking points at the Austrian GP. The MRT05 showed good pace throughout the season and the red-blue with a bit of white ocloure livery will be remembered from many fans. Perhaps one of the worst teams that were build from zero and almost immediately had financial issues managed to produced a car that was slow but indeed very beautiful in 2012. Primary colour was white and the dark red lines alongside the gold ones made the F112 the best-looking car HRT ever made on their 3 year life span in F1.